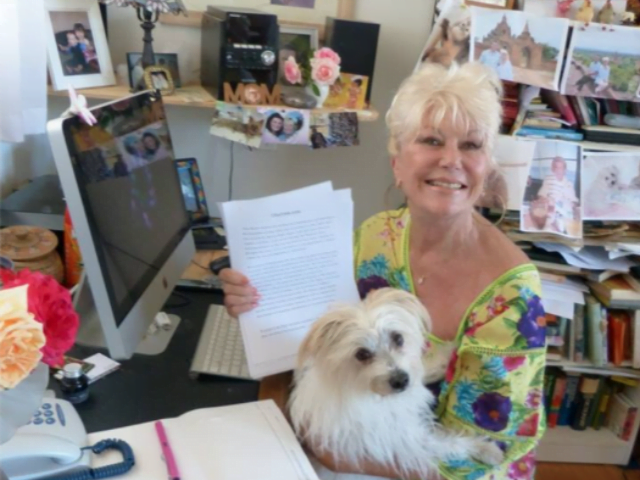 Di Morrissey is one of Australia’s most successful writers. She has written 24 best-selling novels and 2 children’s books.

Before publishing her first novel Heart of The Dreaming in 1991, she travelled the world as a journalist, television presenter and producer, actor, and diplomat’s wife. What followed was not only extraordinary success as a writer, but also a long-standing activism on behalf of the environment.

Each of her novels is anchored in a particular place that inspires her writing.

” The place chooses me. There’s generally a circumstance or I’m invited to go somewhere.  I went toad-busting in the Kimberley. And I began to see what was happening in the Kimberley and went, ‘No, no. I have to write about this.’ “

Di trained and worked as a journalist in Sydney and London. When she married her first husband, Peter Morrissey, a U.S. diplomat, they were posted to Hawaii, where she began a career as a television actor.

When her marriage ended, she returned to Australia and for eight years appeared on Channel Ten’s Good Morning Australia. Risking all, she left this job in order to write – a desire she had nurtured since childhood.

Many of Di’s books portray the challenge of a woman breaking the mould and striking out to explore her identity. They also integrate key social, political and cultural issues into the narrative. They are all Australian stories, even when their settings are elsewhere, e.g. Burma (Myanmar), Malaysia or Vietnam.

Like many of us, Di was more familiar with foreign destinations than with Australia. That changed when she began filming stories and travelling with Good Morning Australia. In her own words, she “ fell in love with ” her country and realised how special and important it is that “ we look after our country.”

Those feelings led her to join writer Tim Winton in their successful campaign to save the Ningaloo Reef (read WomanGoingPlaces on Ningaloo Reef for Women Travellers) as well as her involvement in many other environmental issues.

She also actively campaigned for the release of Aung Sang Suu Kyi, which led her to Burma (Myanmar) and the subject of her book The Golden Land in 2012. She established a school outside Mandalay and set up the Golden Land Education Foundation in order to raise funds for the school.

To read more about Di and her books go to her website: http://dimorrissey.com.au

To find out more about Di’s school in Burma go to:  www.goldenlandfoundation.org

I passed through Broome in 1983 when filming for the TV programme Good Morning Australia and found a sleepy, far flung dot on the Kimberley coast, proclaiming  itself to be an international pearling centre. In the time I was there it made an indelible impression on me –  not just the dramatic scenery, but the historical aura that surrounded it still alive with the remains of an old pearling lugger in the mangrove swamps, the pearling masters’ latticed and distinctive homes and the still existing Chinese and Japanese influences. The old pearling sheds had been  turned into pearl shops selling the magnificent pearls produced by the local pinctada maxima oyster in the pristine, warm azure waters just off the coast. There is no more perfect pearl in the world than Australia’s South Sea Pearl – a product of technology and nature.

Now the old world is married to upmarket tourism where the magnificent Cable Beach stretches for miles and where camels led by Afghan cameleers now carry tourists along the sunset beach. The blue sky is extraordinary as are the turquoise waters. A coastline of blood red rocks and sand record that it was where dinosaurs once walked.

It’s always been a town that welcomed travelers, those getting away from it all and those whose lineage is woven into the local multicultural heritage. In Broome you feel you are in another world, far from mundane realities.

There’s a definite magic on the northwest coast which inspired Tears of the Moon and Kimberley Sun. 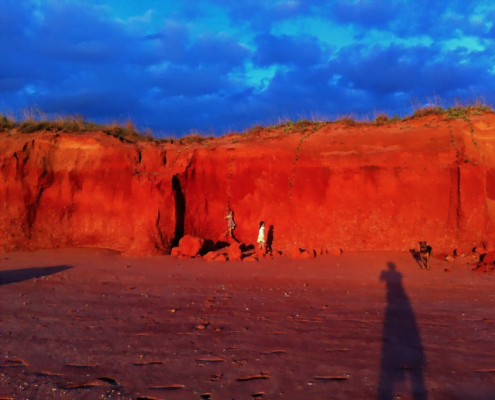 The Kimberley in WA is a vast area of stunning beauty sheltering one of the last pristine wilderness areas on the planet. The magnificent gorges, rivers, waterfalls and plateaus are not only spectacular scenery but home to the world’s oldest art and sacred sites. The many indigenous tribes of the Kimberley, although some no longer living on country, respect and observe traditional ceremonies. I spent time with Ngarinyin elders on the Mitchell Plateau, learning about their culture and visiting secret sites of Wandjina art which was a huge privilege and evolved into my novel, The Songmaster.

A lot of places are difficult to access, some require permission from traditional owners, some are best seen by helicopter, but it is an unforgettable experience to travel the Gibb River Road. Like so many precious places in Australia, you should  see it before mining interests ruin it. 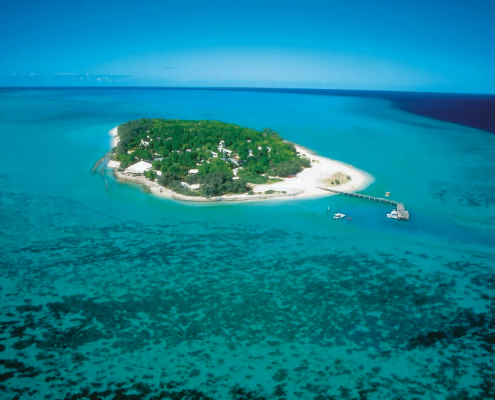 The Great Barrier Reef is our best known natural feature, and the one most seriously threatened by overdevelopment.

Heron Island is  one of the few islands in north Queensland that is  actually part of  the reef and is a naturalist’s wonderland. It’s always been a modest, simple place that attracted nature lovers. It’s the sort of place which had no loud nightlife, little communication with the outside world and where people went to bed early to get up before dawn to watch the magnificent green and loggerhead turtles come ashore to lay their eggs. Months later the hatchlings make their perilous dash to the sea.

You can walk around the island, whale watch, swim, dive and snorkel amongst the magnificent coral, take a boat outside the reef to fish and yet because it is so low key you feel you have the place to yourself. There has been a University of Queensland  research station on the island for fifty years. I spent time with marine biologists and researchers and it was especially exciting to be there the night of the coral spawning when the sea turned crimson as the coral released millions of spores into the sea to hopefully form new coral clusters and cays over time.

Heron Island is the setting for my novel The Reef. 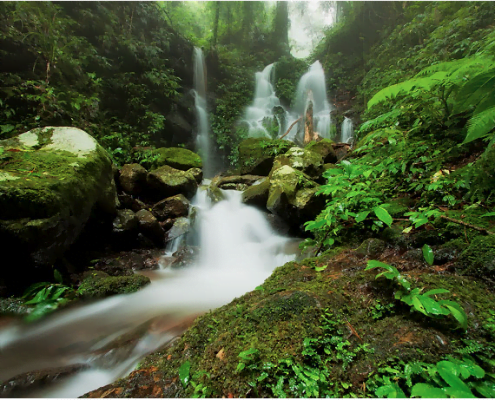 I was looking for a small, pretty, peaceful town for the location  for my novel The Road Back. A place where there is an interesting, caring community, where the beautiful environment is treasured, a place where residents hold memories of idyllic childhoods, neighbours who look out for each other, where heritage homes are restored and gardens made showplaces – an oasis place in this troubled world.

I lived for many years in beautiful Byron Bay, but its ethos changed as money moved in and the colourful characters (an attraction in the town) were moved out. Driving between Byron and Sydney I always made a stop to see friends in Bellingen. So I went back recently and stayed and explored the area of Dorrigo plateau, the country surrounds and the rainforests. The lovely Bellinger River is perfect for swimming, fishing, kayaking, rafting, birdwatching, or a picnic.

There’s a lot of old history in the area and its scenery has been painted, photographed and filmed. It was used as the setting for the film ‘Oscar and Lucinda’ and the  little church at Glennifer was instantly recognisable. There are a lot of  cute B&B’s both in town and out in the picturesque  countryside and plenty of good food. The place is so idyllic that it seems too good to be true and yet just a few minutes for bustling Coffs Harbour with its myriad of facilities. 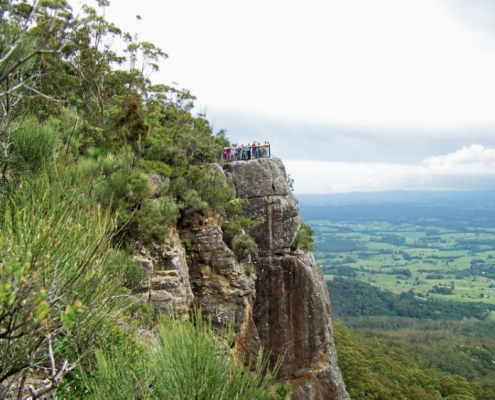 The green, green valley of dairy farms dating back to pioneer days, and even earlier times when cedar logging sustained the infant colony of NSW, is a magical place to me. The beautiful Manning River which rises in Barrington Tops in the Great Dividing Range flows down through the valley in a massive delta system and out to sea.

The historic town of Wingham in the valley  is where I was born and the house my grandfather built is little changed from those days. I had been living for many years in Byron Bay, but on a return visit to the valley walking through Wingham a lovely old man stopped me in the street to say, “I went to school with your Mum, love.”  I realised this place holds my earliest memories and my roots are still deep in this valley, so I moved back in 2007.

There are wonderful scenic attractions from Ellenborough Falls on the Elands Plateau, the villages around Wingham and riverfront Taree. The river runs through the heart of the valley, an artery that refreshes us  and is great for fishing, boating and kayaking, or, as in my case, a place to sit and dream, to remember and to find inspiration.

My book The Valley is set here.

* Don’t buy cheap luggage, it’s not worth it.

* Same with a good travel agent.

* I always carry a pashmina or a sarong and basic toiletries and spare reading glasses   (and a book!) in my hand luggage.

* Do your homework about the place you’re going to before you leave.

* Choose gifts that are small and light.

* And talk to people along the way!

Masterpieces from the Hermitage: The Legacy of Catherine the Great