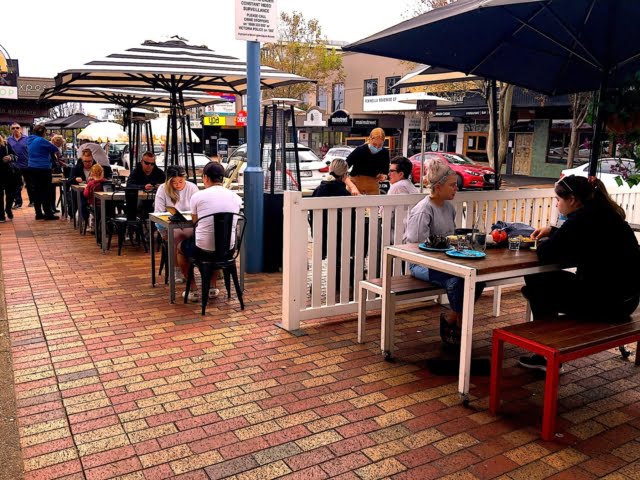 Australia has a massive reservoir of skilled labour that is being increasingly excluded from work – Australian women aged 45 and over.

At the same time, we are being bombarded with increasingly desperate headlines about the unprecedented labour shortage facing Australia. The Morrison Government has rushed to announce that over 200,000 temporary visa holders would begin arriving as soon as December. Senior bureaucrats in NSW are reportedly pushing for an aggressive surge in immigration to bring in 2 million migrants over the next five years.

There are now 258,464 people on Jobseeker, up from 176,611 in February 2020. With the Covid19 Disaster Payments now ending, another 200,000 people will end up on Jobseeker. The majority of those presently on Jobseeker are women aged 45+, and they are the ones who remain on it the longest.

Age discrimination is the reason that most employers will not even consider this labour force as an option. The Australian Human Rights Commission and the Australia Institute in a recent report found that half of the employers they surveyed would not employ older workers.

It is important to note that the highest number of job vacancies for the August quarter 2021 (ABS) were in the following industries:

Most of these jobs are already considered ‘women’s jobs’, and almost by definition, the pay is lower and the work is casual and not secure.

So the question that can be asked is if there are so many unemployed women aged 45+, why are they not filling these jobs?

The answer is twofold. First is the rampant age discrimination against older women that comes into play in selecting employees. Secondly, employers find it so much more lucrative to exploit visa holders, international students and others who often have no alternative but to work for sub-standard rates and conditions. In hospitality, for example, wages of $5 an hour are not uncommon. And we have become accustomed to reading about renown restauranteurs who have underpaid their workers to the tune of millions of dollars.

And that is why in Australia, profits have grown seven times faster than wages according to the Centre for Future Work. Meanwhile, wages have remained stagnant in real terms for over eight years, and now new ABS data confirms real wages have fallen 0.8% over the last year.

This labour force of women aged 45+ is a highly valuable workforce. They have accumulated years of both hard and soft skills, professional expertise and experience. To mobilise them into well-paid, secure employment would not only alleviate any skills shortage facing Australia. It would also alleviate the greatest social crisis Australia has ever faced with regard to women over 45. We are rapidly escalating towards half a million impoverished and homeless older women.

If women over 45 find it difficult if not impossible to find employment, it means they face up to 20 years on the unliveable Jobkeeper payment of $44 per day until they qualify for the pension.

So when ageism excludes women from participation in the workforce it is effectively telling them “Once you hit 45, you are unlikely to find employment again and more than likely to go over the cliff financially.”

A frequent argument against employing older women is that they would need re-training or up-skilling. But most of the overseas students, tourists and labourers would require re-training or up-skilling. And it is demonstrably untrue that older workers cannot learn tech/IT skills. The expected work boom in renewables will also demand that most employees be re-trained in this new field of work. So why discriminate and provide such training only for the young or overseas workers?

You can tell things are really bad in the hospitality industry if some employers are now prepared to overlook their prejudice against older workers. This has prompted media reports of pubs and restaurants in regional areas turning to mature-age female workers.

Many women would want to work in hospitality, provided that pay and conditions are fair. They would be a valuable resource to any business. In listing the advantages of these workers, one business owner reported: “One is reliability …   if you put them on the roster, they turn up.”

One outcome of the pandemic in the U.S. is that workers, in what has been called the Great Resignation, are leaving their jobs in greater numbers than at any previous time. Significantly, a New York Times article insisted that  “the labor shortage is more myth than reality.” With wages in the U.S. being historically low, there is not a labour shortage, but a shortage of workers who remain willing to accept low wages and poor terms. The solution is to raise wages, it argued.

This is exactly what Sally McManus, Secretary of the Australian Council of Trade Unions is arguing. She too says there is no labour shortage with 700,000 unemployed and 1.3 million underemployed Australians. “ When these employers say “we cannot find workers” what they mean is they are not prepared to change their business model and raise wages.”

More should be done by government  and employers to provide better pay and conditions, and to incentivise the employment of older workers.

The failure to do so presents a major threat to the welfare of women and a serious risk to Australia’s economy and social cohesion.