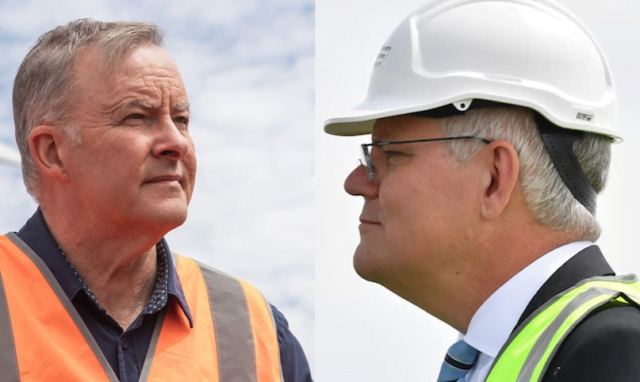 The good news is that both parties now recognise that winning the women’s vote will be the crucial factor in winning the upcoming federal elections. Describing it as “pink-vis” instead of “hi-vis”, David Speers host of ABC Insiders, makes a good case for this in a recent article.

But the bad news is that Speers speaks mainly about young mothers in the 20-45 age group in marginal seats. He says that the parties know that “young women are more willing to shift their vote than older women or men.”

And with that he dismisses further discussion of the votes of older women.
Not so fast, Mr Speers.
You are right in saying women’s votes will determine the elections, but you are wrong in dismissing the impact of women voters who are aged 50+.

If loss of work is a reason to vote against the Government, then women 50+ have the most compelling reasons. They lost employment and more hours of work in the greatest numbers since the beginning of the pandemic. Unlike younger women for whom, as Speers writes, “fortunately many of these jobs quickly returned”, this did not apply to older women. They now make up the largest group on Jobseeker and they will undoubtedly spend much longer on it than any other group. This is because ageism keeps almost half of businesses from employing older workers, according to AHRC. Age discrimination is something older women have to deal with on top of all the other inequalities and disadvantage that women face in the workforce.

But this did not come into Speers’ reckoning because we are told that older women are unlikely to shift their vote. Can we also assume that they are unlikely to shift their vote now that over 400,000 of them have become homeless and over a million have been plunged below the poverty line? Can we assume that they are uninterested in which of the parties is prepared to take action on a crisis that impacts them predominantly?

Speers quite correctly spoke about the ageing population and the failure of the Government to deal with the inadequate and underpaid workforce in aged care. But what about the sector of the female population that is over 45 and not resident in aged care? This sector of women aged 50+ constitutes 35% of the total Australian female population of 12.9 million. But they are both overlooked and dismissed.

Over the last decade, Australian older women have suffered the worst impoverishment and economic insecurity in the greatest numbers since WW2. There will be political consequences for this.

All the parties will learn that it is a mistake to dismiss the voting power of women aged 50+.

Not True
Scroll to top
Posting....