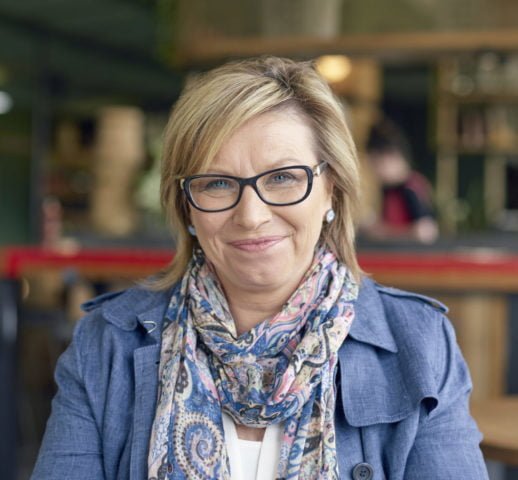 Her son, Luke aged 11, was with his father playing cricket in the park when his father walked over to him and killed him. Speaking quietly from the depths of her horror, Rosie said “ No matter how nice your house is, how intelligent you are, it can happen to anyone – and everyone.”

In expressing her personal grief, Rosie compelled us to see that family violence was our business. She made us see that the plight of thousands of women and children could one day be our plight, or that of someone close to us.

The numbers are indeed frightening: in Australia, two women are killed every week on average; almost 1,000 cases of child abuse are reported every day; one woman is hospitalised every 3 hours; and one in 3 women have experience physical and/or sexual violence.

Rosie has described family violence as an “epidemic”.

On what would have been his 13th birthday on 20 June, 2015, Rosie established the Luke Batty Never Alone Foundation to raise awareness, improve crisis services and advocate on behalf of the victims.

Since then she has been a tireless advocate for women in situations of domestic violence.

She was awarded an AO in the Queen’s Birthday Honours List in recognition for her leadership role on this issue.

Rosie joined the Aboriginal Alice Springs Town Camp in their Women’s March Against Domestic Violence.  “I’m very keen to support this group of women who are working in their community and ensuring the voices of Aboriginal women are heard.”

Rosie has spearheaded a public campaign and presented the Prime Minister, lawmakers, the police and judiciary with tens of thousands of signatures urging fundamental change in the way the system responds to family violence.

“The conversations around family violence are definitely occurring now, compared with previous generations. Those women had no-one to talk to or lean on. The attitude was ‘ you made your bed, now lie in it’. There is still much misunderstanding and victim blaming, but I am being told by women that they have more confidence to come forward,” said Rosie. “It will take time but I see it as the kind of generational change we need.”

Rosie worked closely with Fiona Richardson the first Victorian Minister for Family Violence Prevention, on the Royal Commission into Family Violence which delivered its report on March 2016. Ms. Richardson died recently and Rosie paid tribute to her as both a mentor and a friend. 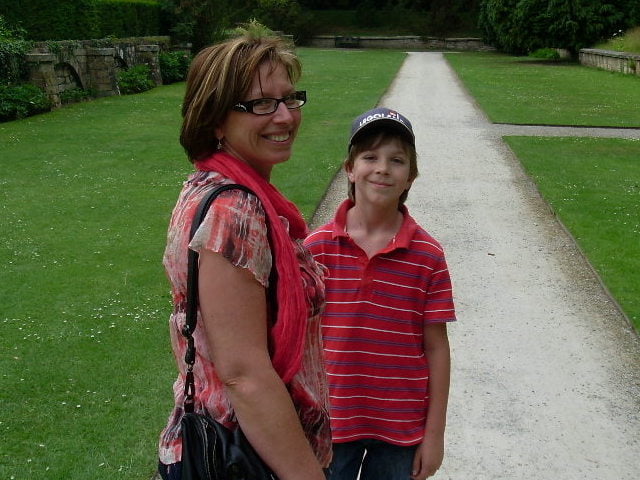 In 2015, Rosie Batty was recognised as Australian of the Year.

“If I can be seen as a leader of women, even if I don’t feel it myself, as someone who can create change in their mid-50s, it’s what I want to do,” says Rosie.

In July this year, she delivered a statement to a parliamentary inquiry into family law and family violence. Her statement, which received 11,000 signatures in 7 days, decried the federal family law system for endangering children in particular.

“The family law system is another avenue for the abuse to continue,” insists Rosie. She condemns the practice of the courts to grant abusive parents access to the children. “The children are absolutely forced to have access visits and forced to continue relationships. Their mothers have to drag them to the car where they self harm and are suicidal. And the mother is threatened that if she doesn’t allow it she will lose (custody of) the child.…So she has to give them up and hope that each weekend they come home safe and are not killed like my son was.” [See the full video below of Rosie Batty’s appearance before the parliamentary inquiry].

Rosie came to Australia from England 30 years ago, not expecting to stay. She was shy and alone and she wanted to challenge herself through travel. One of her earliest memories is of being 16 and not wanting to get to 80 with regret for not doing things and “not pushing myself out of my comfort zone”.

Her grandmother, an incredibly strong woman who lived to 100, was her role model.

Rosie stayed in Australia after Luke’s death because “Australia has been supportive and kind to me.”

She is determined not to just sit and exist. Her mindset is to “live life to the fullest. There is still that sense of adventure and the unexpected ahead of me and I will keep doing that as long as I can.”

See Rosie’s choices of her favourite destinations in Australia. 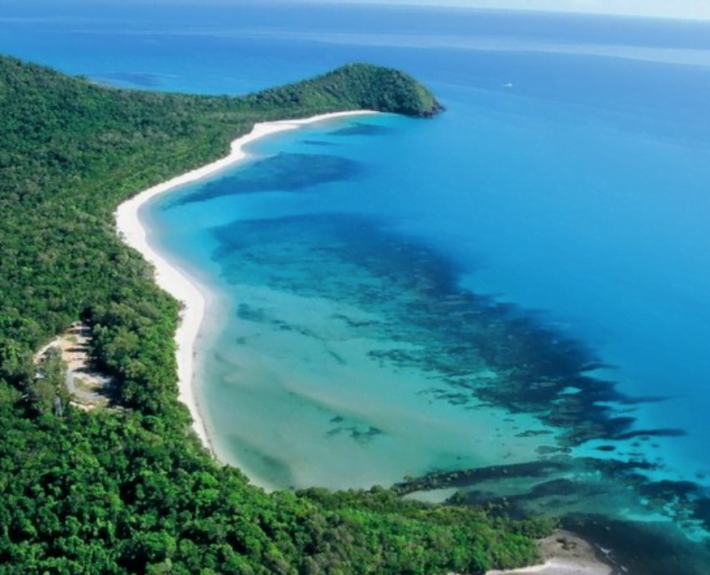 I was 24 years old when I first arrived in Australia from England. I back-packed up the east coast. When I got to Cape Tribulation, I worked as a cleaner in a hostel. Coming from England I couldn’t believe how remote and isolated it was. Really remote. It’s where unique, ancient rainforest meets reef. It’s difficult to find somewhere else in the world as stunningly beautiful as it is.

There were crocodiles and jellyfish, and you couldn’t put a toe in the water.

There were no sealed roads then, and 4-wheel drives and the ferry were the only way in or out. You didn’t have the comforts you take for granted, no electricity, just a generator.

It was incredibly humid. But if you go July – September it is the most beautiful weather – very comfortable, not humid. Even though the roads are sealed now, it is still remote.

I like lots of different types of holidays – the hustle and bustle of cities but also to be far away in nature, remote, tuned out, embracing the beauty.

Australia is incomparable in beauty and still so remote. 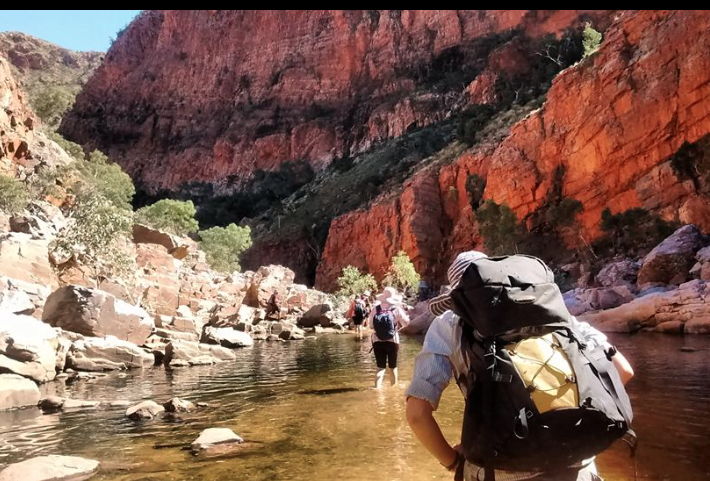 In August, I led a dozen supporters on a six-day fundraising walk for the Luke Batty Never Alone Foundation, along Australia’s most iconic desert trek, the Larapinta Trail.  Already one of the 7 Great Walks of Australia, the Larapinta Trail recently joined the ranks of the top 10 walks in the entire world.

I think that the Australian Outback is quintessentially Australian in a way suburban and metro areas aren’t. It is amazing and beautiful. We live in a large continent and don’t take the time to explore and appreciate its beauty. It is so evident how old Australia is when you see the rocks. You get transported back in time.

I didn’t realise it until we started the Larapinta walk, but all the participants were all living with the impact of family violence – whether it was a family member, a friend, or their own personal experience. It was a deeply moving realisation. We felt confident to share our experiences and it was comforting.

The purpose of the walk was both to raise money for the Foundation and to give these people an opportunity to do something physically challenging, and something for themselves – to take time out to sit under the stars. I have done several treks, others on the walk hadn’t and it was very challenging.

The Larapinta walk came close to raising $30,000 for the Luke Batty Foundation and that’s a significant achievement. 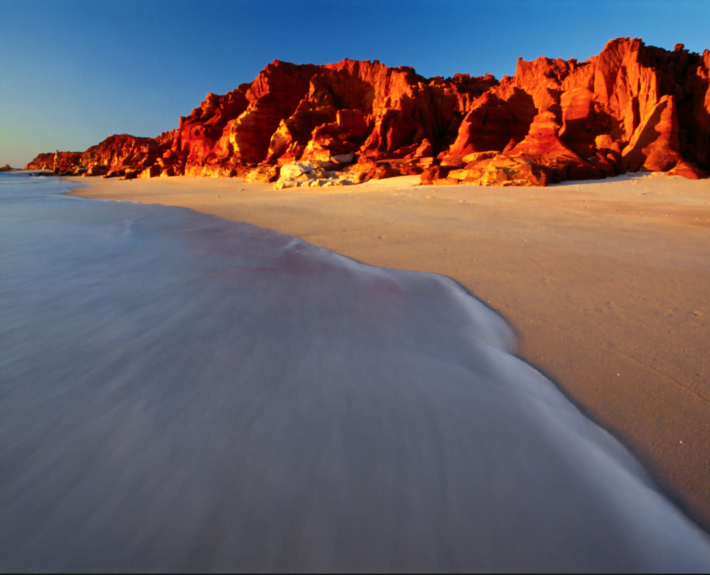 Broome is a long way away, but you’re not doing it tough when you get there.

The restaurants and resorts are stunning, and I had some of the best meals I have ever tasted. You can sit having a drink while watching the sunset and the camels coming back along the beach. While there, I was shown footprints of dinosaurs.

Looking down from plane on the way to Cape Leveque  you see a vast expanse of untamed beaches. You see crocodiles, but you see no-one, just a beautiful uninhabited place, remote and untouched. You have to understand the terrain, it’s risks and dangers.

Compared to England which is small with nothing dangerous, and where you are always surrounded by people, in Australia everything is big and dangerous. You have a pioneering feeling, a feeling of adventure.

I love that in Australia we can go to so many vast places and have limited contact with people, where you are not queuing up, not milling around and surrounded. 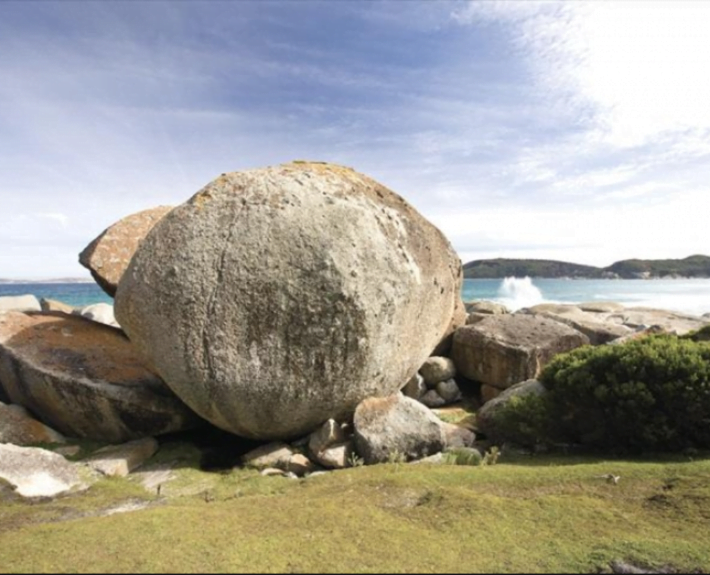 My greatest memory was of spending a week there with my brother.

We camped and went on long walks every day, stunning walks. I love walking. We saw everything, stingrays, koalas, wombats, kangaroos.

If you go at dusk you are guaranteed to see as many kangaroos as you ever could see. And stunning beaches – it’s just such a beautiful place, one of those gems. And not too far from Melbourne.

Sydney is a fabulous city – so vibrant and beautiful. On a sunny day, with blue skies and views of Sydney harbour and Opera House, it is hard to find a better or more stunning city. I have climbed the bridge 3 times. I always take relatives and visitors from overseas to Sydney. It’s just vibrant and busy – lots of lovely restaurants with harbour views. I love the Rocks, the setting is lovely. 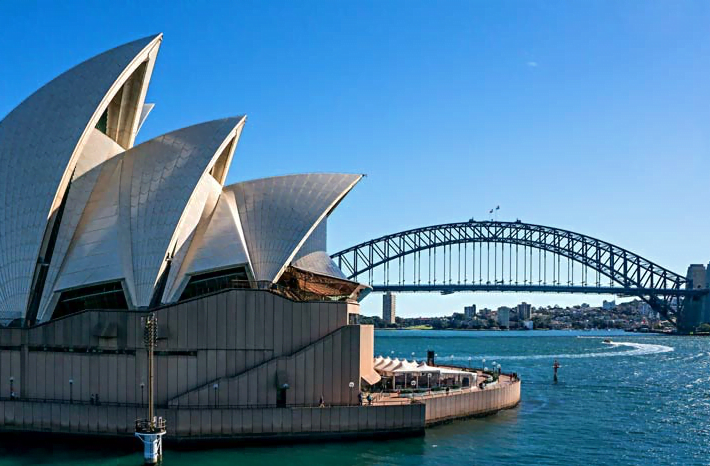 The Queen & Other Older Women
Scroll to top
Posting....