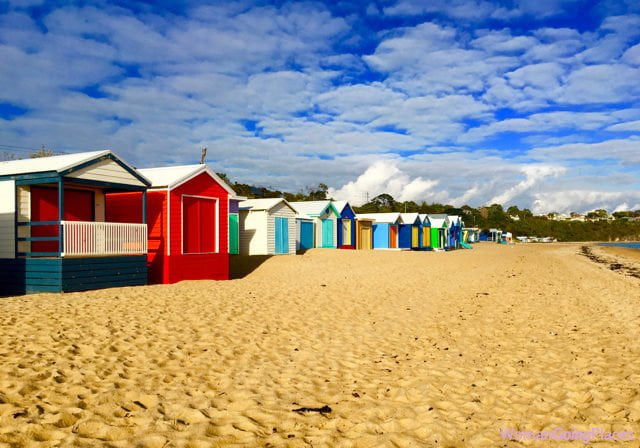 Did you know that women are the reason we have those iconic, brilliantly coloured bathing boxes on the beaches of the Mornington Peninsula in Victoria?

At the end of the 19th Century and through the early 20th, the city fathers tried desperately to stave off the shocking prospect of uncovered female flesh. They feared that if women were allowed to undress and change into their neck-to-knee bathing suits on the beaches, public immorality would inevitably follow.

The city fathers had already tried to divide some beaches into separate bathing areas for men and women following “indecent bathing during a heat wave”.

Their battle for respectability and decorum succeeded to the extent that many boxes were in fact built.  Now only 1300 survive and no new boxes or boatsheds are allowed, with the exception of places such as Brighton Beach. For that reason their value has skyrocketed, in some instances fetching more than A$350,000. Tightly held, the families that own them often pass them down through the generations.

Public morality no longer being of concern, they are now mostly used to have a good time at the beach. In summer, you will see owners sitting in the shade of the open box, deckchairs and tables arranged comfortably with food and cold drinks at hand, contemplating the sea only metres from their door. Or you will see them dragging their kayaks from the boxes, a few steps across the sand, and into the sparkling sea for a row along the bay. The owners are spared having to pack their equipment on cars and trailers to return home at the end of the day. But they do have to maintain the boxes in good order and pay fees for the privilege of owning a beach box.

We can enjoy them too. They add a riot of colour and cheerfulness to the beach in any season. So take a stroll along any one of the 26 beautiful beaches of the Mornington Peninsula, from Mount Eliza to Portsea, where you can feast your eyes on these iconic structures.

The guide below shows the places you can find these beach boxes and the number at each location.

Take a look at the slideshow to see some of these beach boxes.

Photographs and editing by Augustine Zycher

HOW TO GET THERE

The Mornington Peninsula is approximately an hour from Melbourne’s CBD and is easily accessible via the Peninsula Link freeway. 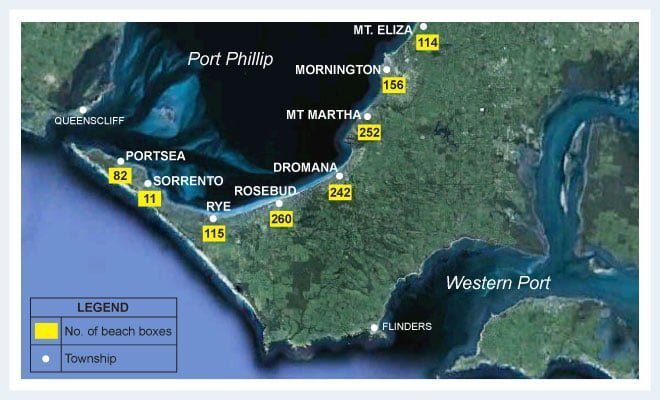 In Praise of Solo Travel in Italy for Women