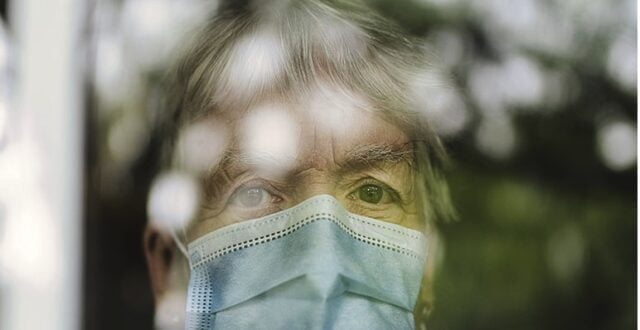 The impact of the pandemic on older women has been severe. It is not only particularly dangerous to their health, it has also increased their social isolation and exacerbated their precarious financial position.

It is no accident that Australia is now a world leader in the number of Covid19 infections and deaths in aged-care facilities. Almost 70% of Covid19 deaths have been in aged care. This catastrophic situation is the direct result of Federal Government policy over decades to divest itself of responsibility for the sector. That this divestment has been able to proceed over so many years without public outcry raises questions of how much Australia values its old people. And more specifically, whether it values ageing women, since the majority of older Australians are female.

Australian women are experiencing ageing quite differently to the majority of men. “Beyond life expectancy, on every other measure of economic and social wellbeing, older women experience significant disadvantage compared to men,” according to a Per Capita Report: ‘Measure for Measure’ in March 2020.

The pandemic did not create this difference. But it did highlight it and it did exacerbate a process that has been going on for a very long time.

Ageing as a process of devaluation

We need to look at ageing in Australia as a gender issue. For women, ageing is a process of devaluation.

Indeed, if you are a woman over 50 in Australia and have no financial security, your prospects are increasingly grim. You will most likely face long-term unemployment, impoverishment and even homelessness. When you become dependent on in-home care you will join the 100,000 waiting up to 3 years for aged care packages. Government figures released at the beginning of the year showed that around 30,000 people had died waiting in the last two years. If you are in private residential care you will likely have to deal with insufficient staff, lack of nurses and failure of government oversight. In these circumstances you are in danger of facing a preventable death due to unavailable or sub-standard care.

The institutionalised inequality women suffer in the workforce throughout their working lives increases exponentially as they age. Pre-pandemic, women over 45 who were unemployed were finding themselves unable to find jobs and were effectively locked out of the workforce because of age discrimination.

And those who did have work were struck particularly hard with Covid job losses. Already in June, the Brotherhood of St. Laurence published a report  that up to 30 per cent of the newly unemployed or underemployed are aged 51 to 65.  That is nearly 400,000 Australians who have either lost work or had their hours cut as a result of the downturn. The majority are women and most are unlikely ever to work again. New research from the National Bureau of Economic Research in the U.S. found that age discrimination rises hand in hand with the unemployment rate. Older workers tend to be the last hired back and the first fired.

Which means that they will most likely be dependent on JobSeeker until they are eligible for the pension. Government plans to reduce the boosted JobSeeker payment will impoverish these women, just as it impoverished those on Newstart.

For those women who are already retired, the pandemic has increased the numbers who will age into poverty and homelessness.

Older women who are desperate enough to withdraw their super during Covid19 will be left totally vulnerable. Unlike young people, there is no chance of them ever replacing their super.

As it is, women retire with around 47% less super than men, if they have any super at all. The generation of Australian women presently over 55 have little or no super as it was introduced too late to provide them with substantial amounts.

Far more women than men rely on the age pension in Australia.

Sixty percent of single women (divorced, widowed or never married) in Australia rely on the full age pension and more than half of them live in permanent income poverty.

If the pension is their only source of income, then ageing women will remain in penury. There were already over a million female pensioners aged 65+ below the poverty line in 2016 according to ABS Census figures. These numbers have continued to swell. And even though it is $10 below the poverty line, the Commonwealth Government has already announced that it will not increase the pension this year.

It is no surprise that older women are now the face of poverty in Australia.

In August a report was published that there are now 405,000 older women at risk of homelessness.

The pandemic escalated the rate of domestic violence. But what is particularly striking is the large number of older women who are killed each year as victims of domestic violence. Of 74 women killed in 2019, 23 were aged over 50, 43 were under 50, and 8 were of an unknown age, according to figures of The Red Heart Campaign and ImpactforWomen. And yet we rarely if ever see the stories of these women in the media. Is it perhaps because an older woman being violently killed has less media impact than if the victim is young?

The impact of the pandemic on ageing women reaches its apogee in aged care.

PM Morrison said he was sorry about what was happening in aged care and presented it as if he were having a bad day. This is disingenuous. The current catastrophe is the inevitable outcome of Commonwealth Government policies. Since John Howard, successive Federal Governments have seen ageing Australians as a thankless burden and not their social, moral and legal responsibility as prescribed by the Constitution. They have sought to abandon their responsibility by slashing funding and outsourcing care to private operators with little Government oversight.

Despite denials it has become obvious that the Federal Government saw no need to prepare a plan to protect the elderly from Covid19 in aged care facilities. And there is still no plan. Most deaths in aged care and most infections were in the privatised aged care system. This was preventable as is evident when you compare the numbers in Victoria where 1 in 23 residents in the private system caught Covid19 compared to 1 in 900 in the public system.

What is truly disturbing is that as early as June, the Commonwealth Government moved beyond neglect of those in aged care.

As Rick Morton wrote in his landmark article, the Federal Government’s Aged Care Quality and Safety Commissioner and the New South Wales Health’s deputy secretary ordered that aged care homes not transfer residents who tested positive to hospitals for treatment. Transferring them would not only have provided them with possibly life-saving care, but also have prevented the spread of infection in the aged care residences. But the Government authorities preferred that hospital beds be saved for younger Australians.

In these discussions of whether to move older people, Government officials talked about ‘decanting’ them as if they were a liquid and not human beings.

And that’s when Government officials ordered aged care workers not to waste PPE  treating aged care residents. These workers, mostly female casual employees, had to risk their lives after being instructed to use only one glove or not change PPE all day.

In what can best be described as ‘damage control’, PM Morrison is now throwing more money at aged care. This will not change a broken system where the priority too often is profitability and not the welfare of the aged.

The only way to bring about meaningful change is for the Commonwealth Government to stop shirking its responsibility for aged care as mandated by the Constitution.

At the same time, we need to fundamentally change attitudes to ageing, particularly since one in three Australians will be over 55 by 2030. The majority will be women. How they are able to age will have a major impact on the type of society Australia will become. This fundamentally depends on how much we value older women.

Perhaps we can learn from Indigenous Australian communities and culture. Aboriginal women elders have a respected status. They are considered a valuable resource and esteemed for their experience and knowledge. It is incumbent on the community to protect them. That’s why during the pandemic, one of the priorities in Indigenous communities was to protect their elders. And it worked.