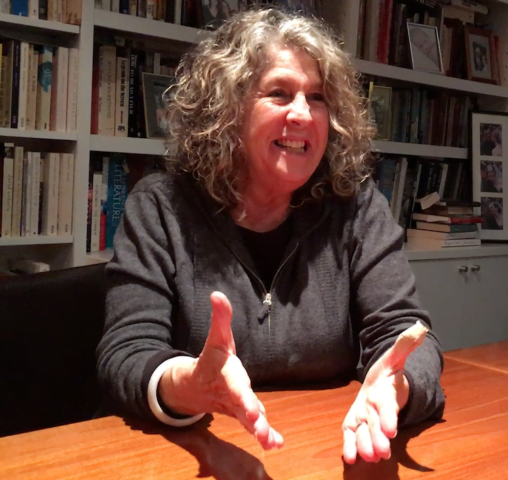 I learnt to be on my own later, travelling as an older woman, because I think I have been left alone as an older woman in a way that I never was when I was younger. I used to be followed. Spain was a nightmare. You couldn’t be on the street in those days in the sixties. You could not go to Spain alone, under Franco. I was there. You could not go to Greece alone. And you could not be in Italy unless you wanted to be followed all the time. Now I feel very free because no-one even sees me! No-one sees me. They’ll help. I can ask questions and they’ll come to my aid, but no-one wants to follow me and touch me.

One memorable trip for me is going to the Kimberley a few years ago with my husband. And I feel like I’m a millimetre high when I go into that country, Australia. I feel like I don’t exist. I’m so insignificant. I always feel that when I go into that sort of country here. And the Kimberley was just extraordinary because of the colour, and the vastness, the silence and just so much going on. But you need a guide. You need to be shown how to look. Whereas, you go to Europe, you know how to look. I don’t know how to look in my own country. It’s fabulous.

The Nakasendo way (Japan) was an ancient road that linked Tokyo with Kyoto, and it was controlled by the old warlords. Along that way there are stations like forts and they controlled who went on that road and it was for their own survival. It was a very violent time in the 12th and 13th centuries. So this road goes through the mountains, literally through the mountains behind Kyoto.

It’s a 10-day walk, and you walk from Ryokan to Ryokan (traditional Japanese inns). You stay in tiny, tiny little ancient Japanese Ryokans. You have to just carry a little day pack. You’ve got to be fit enough to walk up to 8 hours a day. But you go in the autumn or the summer. And the road can be hilly, very steep or it can be quite flat. And little paths, little beautiful tiny mountain paths. You’re surrounded on all sides by trees, bamboo. It was autumn so all the leaves are changing colour, and in that 10 days, the leaves went from green to brown to scarlet to yellow. And it’s meditative because the only thing you need to do is concentrate on your feet – that’s it! I tried one or two times…, things came into my head but I had to push them away. So you basically just get up in the morning, have a divine Japanese breakfast, and you put on your shoes and your jacket, take your walking sticks, and walk – until dusk.

It’s very spiritual. It’s very ancient. And it’s a challenge beyond. There are some days when you are walking on the original bluestone. They’re like 500 years old and you’ve got to walk on them in a certain way and you’ve got to be very, very careful. You’ve just got to plod. They’re sort of sticking up. It might only go on for half a mile because a lot of them are not there. You’ve got to plod. You’ve got to walk as slowly as your heartbeat. And what’s the challenge for me, is slowing down. You can’t run because you won’t make it.

And the other challenge was just to know I could get there. Because on about the third or fourth day you think, I’m not putting my boots on again.

We probably ended up walking 300 kilometres.

So, I know lots of people that are doing that right now. People of my age, women who are feeling – if I don’t do it now, I’ll never be this fit again. Because you must be reasonably fit.