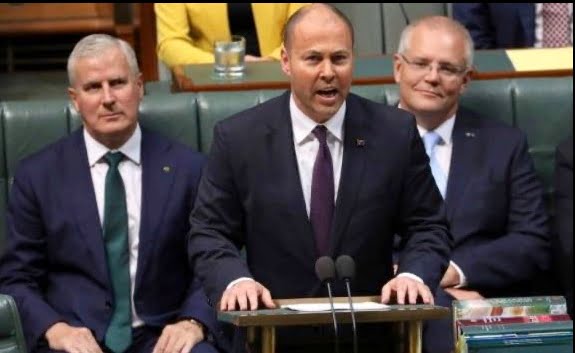 A perfect storm is facing hundreds of thousands of unemployed, underemployed and underpaid older female workers.

The Treasurer said job creation was a top priority in this Budget. It was also promoted as a Budget for women. In this spirit, funds were allocated to childcare for women with young children. And funds were allocated to people in aged care, the majority of whom are women. But, if you fall between these two age groups, if you are a female worker aged over 50, then the Budget had a clear message – we don’t see you. There are no funds for you and you do not even rate a mention.

It is a spectacular omission given that one of the defining characteristics of Covid19 has been that older women have been the hardest hit with job losses and the least likely to be re-employed.

There was nothing in the Budget to tackle the economic insecurity of women over 50 to prevent them from joining more than 400,000 women who already face impoverishment and homelessness.

Secondly, ageism is pervasive and growing both in Government and business.

The Budget offers training programs and apprenticeships but only for young people. Why? Women over 50 have had years in the workforce, skills and professional experience. Why freeze them out of opportunities to re-train? Why not mobilise this massive human capital to benefit both the country and these women? With widespread skills shortages it makes good social and economic sense to provide employment for these women, even if Australia were not cut off from foreign labour. But Australian working women over the age 50 are irrelevant to any economic recovery plan.

The latest finding of a survey of more than 600 business leaders by the Human Rights Commission& Australian HR Institute that found that 17% of respondents classified 51- to 55-year-old workers as “older”, compared with just 11 per cent in 2018. This research also found that nearly half of Australian businesses are reluctant to hire older workers.

Thirdly, Federal Government is reaping plaudits for the big spending Budget, but unemployed older women who constitute the majority on Jobseeker are denied an increase above $44 a day to live on.

Surviving on $44 a day while looking for 20 jobs a month is impossible. And now we learn that a hidden $1.1 billion efficiency drive in the Budget will shift 1.2 million job seekers to an online service. If women already have to choose between eating and paying their rent they are unlikely to be able to afford the internet. As a result they will be forced off Jobseeker.

We are witnessing an escalating social crisis. But it is being largely ignored.