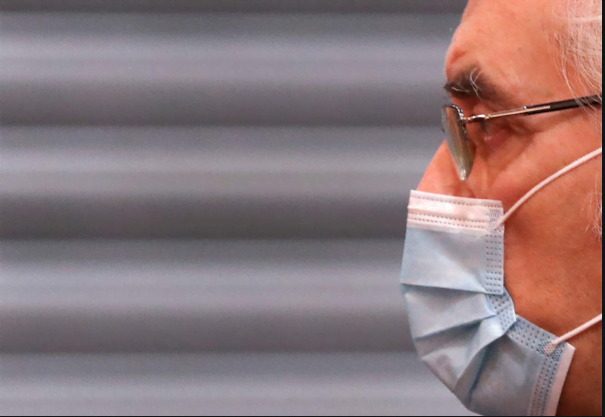 There is a disturbing narrative growing about Covid19 restrictions. It boils down to making a choice between the economy or the elderly. The argument is that the economy and young people are being sacrificed to protect older people. Mike Seccombe in the Saturday Paper defined it as “the extent to which we will mortgage our children’s future to protect the health of our ageing parents.”   And he talks about “repaying the massive debt we have accrued, largely out of consideration of those older people.”

First, this creates an artificial dichotomy that somehow presents an international and a national crisis as an  inter-generational conflict.

To his credit, PM Scott Morrison has spoken of the dual objective to both save lives and save the economy. In the US, a bipartisan group of 32 prominent economists including former Treasury secretaries and top economists who served the Obama, Bush, and Clinton administrations recently published a letter stating that saving lives during the coronavirus pandemic does not conflict with saving the economy.

Secondly, it’s not just an old people’s plague. In NSW, 1238 of the state’s 2946 cases are aged under 40.  That’s  42 per cent of positive cases in NSW are now people under the age of 40. While the majority of fatalities have been older people, young people are dying too and worryingly, survivors are left with possibly life-long impairments to heart, kidney and other organs.

Thirdly, many people over the age of 50 drive our economy, particularly the rural economy. But even for those who no longer work, does that mean that they are indebted to the rest of us for protecting them? Isn’t that just our obligation as individuals and as a nation.

Reserve Bank Governor Philip Lowe  agrees that health concerns must come first.  “If we need to have restrictions for six months to contain the virus, that’s what we need to do,” he told ABC’s Four Corners.

“We shouldn’t be worried” about the debt he said.

“It’s the right thing to do… we have the capacity to borrow, our interest rates are as low as they’ve ever been, the Australian Government has a long record of responsible fiscal policy, so the budget accounts are in reasonable shape. And if ever there’s a time to borrow, now is it,” he said.

For those who still think the burden is too great, just look at the catastrophe in the US where market fundamentalists call for sacrificing the elderly.

Do we really want that?

WomanGoingPlaces applauds the Open Letter of 122 leading economists who categorically reject the views that the lives saved by the lockdowns are not worth the damage they are causing to the economy, and that the case for easing restrictions is strengthened by the fact many of the hardest hit by COVID-19 are elderly or suffering from other conditions.

Dear Prime Minister and Members of the National Cabinet,

The undersigned economists have witnessed and participated in the public debate about when to relax social-distancing measures in Australia. Some commentators have expressed the view there is a trade-off between the public health and economic aspects of the crisis. We, as economists, believe this is a false distinction.

We cannot have a functioning economy unless we first comprehensively address the public health crisis. The measures put in place in Australia, at the border and within the states and territories, have reduced the number of new infections. This has put Australia in an enviable position compared to other countries, and we must not squander that success.

We recognise the measures taken to date have come at a cost to economic activity and jobs, but believe these are far outweighed by the lives saved and the avoided economic damage due to an unmitigated contagion. We believe strong fiscal measures are a much better way to offset these economic costs than prematurely loosening restrictions.

As has been foreshadowed in your public remarks, our borders will need to remain under tight control for an extended period. It is vital to keep social-distancing measures in place until the number of infections is very low, our testing capacity is expanded well beyond its already comparatively high level, and widespread contact tracing is available.

A second-wave outbreak would be extremely damaging to the economy, in addition to involving tragic and unnecessary loss of life.