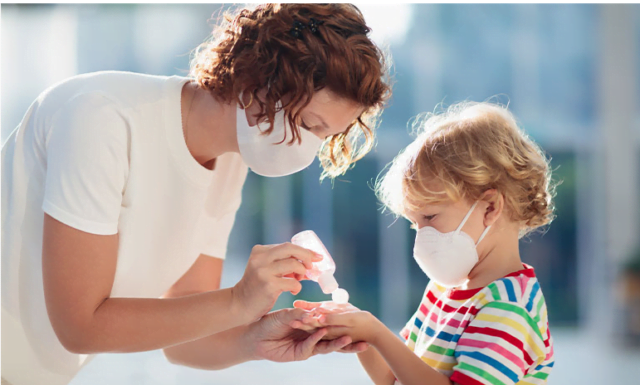 In the autumn of 2020, for two months, Australia united around the common good – “pro bono publico”.

When the scale of the approaching threat of coronavirus became evident, two unprecedented things happened.

First, Australian governments, federal and state, chose to put aside politics and ideology and based their policy on the advice of health experts.

Secondly, the Australian people trusted that our governments were actually acting to avoid a national catastrophe. So remarkably, a public consensus formed around the need to uphold the common good as a priority. What kept the vast majority of people in their homes was not the possibility of fines, it was this shared belief that our individual welfare depended on the welfare of others. And what kept us resolute were the images of mass graves in countries where there was no leadership and no consensus regarding the common good.

That is why Australia was successful in containing the virus.

But after two months the consensus regarding the common good started to come apart for several reasons. The most obvious one was its very success. As soon as restarting the economy began to supersede control over the spread of COVID-19 which had largely been achieved, the politics of satisfying political and economic constituencies returned.

Another reason the period of cohesion around the common good broke down is because too many were left out. Whole sectors such as those employed in the arts, at universities and casual workers were not included in the safety net of JobKeeper.

Furthermore, the common good began to be re-defined with a gender bias. Women have been hardest hit by job losses and lost hours. But instead of policies to assist women to return to work, we are seeing the exact opposite. Ending free childcare, the opening salvo in the federal government’s austerity approach to economic recovery, effectively undercuts women’s participation in the workforce. According to the latest figures, a third of women who presently have children in daycare will not be able to afford childcare and will have to stay home and look after the children.

Women aged 50-plus were amongst the first to lose their jobs because of COVID-19, and are the least likely ever to find work again. They will join the tens of thousands of women aged 50-plus who were on Newstart unable to find work because of rampant age discrimination. The government, with the support of the opposition, will likely try to cut the JobSeeker payments back again as close to the $40 a day as they can.

The consequences of COVID-19 and federal government policies ensure that the economic recession that we experience will disproportionately be shouldered by women. But keeping women in the workforce and fostering their advancement has a significant positive effect on productivity. The latest WGEA Australian research has established direct proof for the first time that companies with more women in leadership positions tend to outperform while those with fewer women underperform.

Just as there can be no economic recovery without the full participation of women, so too there can be no common good that disadvantages women. Nor can we speak of an Australian common good that does not fully include First Nations people. This was made clear by the recent Black Lives Matter demonstrations held despite the threat of COVID-19. Constitutional recognition is fundamental to the acknowledgement of First Nations people in the common good.

Climate change is the biggest common good issue facing the planet. Having set the precedent of a government-led health response policy based on scientific evidence and advice, the Australian government will have no credibility rejecting the science on climate change.

Businesses too will need to act more in line with the common good on a range of issues. More and more companies are committing themselves to social purpose as well as profit. It not only brings about a more positive social impact but also translates into many business advantages.

One of the positive and encouraging legacies of this COVID-19 period is the recognition of just how much can be achieved when we are united for the common good.

The Impact of the Pandemic on Older Women
Scroll to top
Posting....